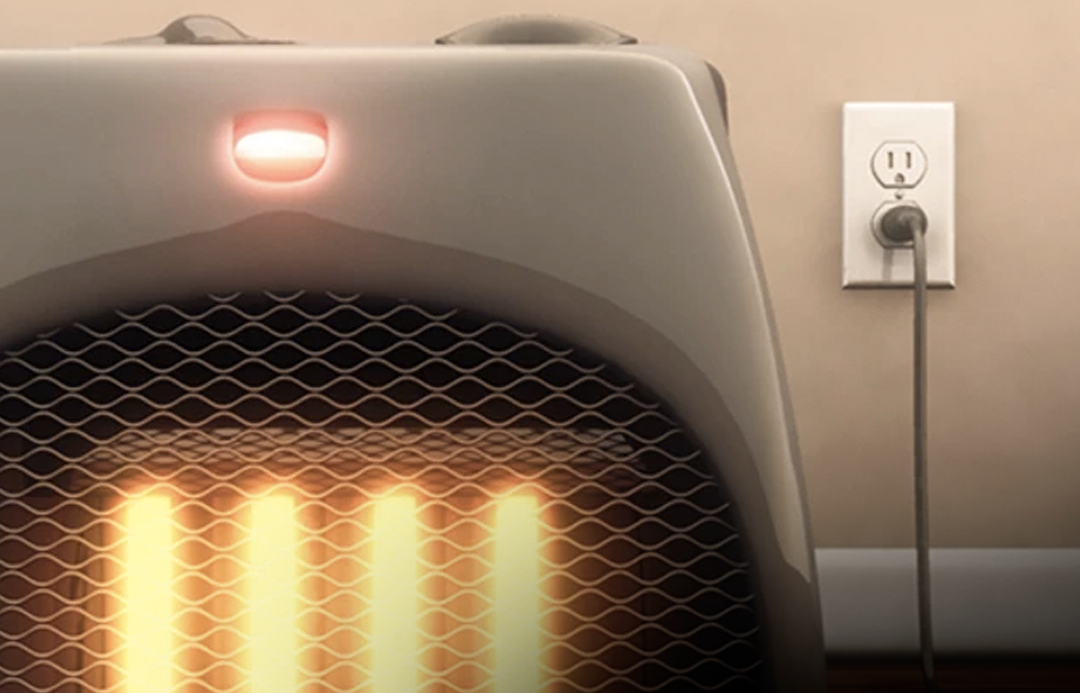 Space heaters get a bad rap for being known as the most common cause of a house or apartment fire. According to the national fire protection association; Heating equipment is a leading cause of fires in U.S. homes. These fires resulted in annual losses of $1.1 Billion in direct property damage. 81% of civilian deaths for derived from space heaters both fixed and portable. In order to prevent these fires, it’s important to know the difference between the types of space heaters you can find.

Here are the 6 different types of Space Heaters:

A Ceramic Space heater has ceramic plates that are attached to metal coils. It runs on electricity and as electricity passes through these coils, the ceramic plates heat up and continue to absorb electrical heat. The heat then gets released into the air. Ceramic heaters warm up quite instantly and take very little time for you to feel the heating effects. These tend to be the most efficient electric heaters available. 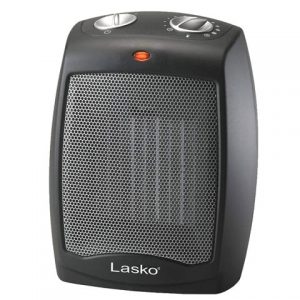 A fan space heater is similar to the ceramic space heater. It operates the same in every way except for the heating element. Instead of ceramic plates, these types of space heaters heat up a metal coil, and the coil is what transfers the heat into the air. The fan then blows air over the metal coil which pushes the heat into the room. These types of heaters stop transferring heat immediately after they have been turned off, use a lot of electrical energy to deliver heat because of that. 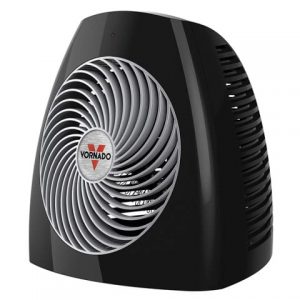 Infrared Space Heaters work completely different from the first two. An infrared heater warms up a space by emitting electromagnetic waves into the air that heat up the Physical objects that are present such as the furniture, carpeting, walls and the human bodies that are around it. These heaters come in two varieties. With a fan and without a fan. Since the infrared use electromagnetic waves to heat up an area they don’t need a fan. However, the fan does help to speed up the heating process.

These types of heaters require physical objects in the room to absorb the heat transfer the fewer objects, the less heat. This type of heating if extreme can cause fires or dangerous skin burns. These type of space heaters also pose a danger to your eyes. You should not look at the heater for an extended period of time as the eye blocks the infrared radiation, which in turn causes the eye to overheat; leading to eye damage and possible blindness.

Like all other space heaters these also require special attention to outlet overload, as they also pose an electrical fire hazard. 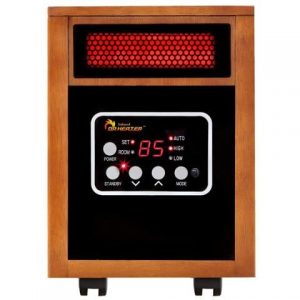 An oil filled space heater is also referred to as a radiator heater. That is because they look very similar to an old-fashioned radiator heater found in old homes. These types also operate on electricity. Inside the body of this heater is diathermic oil. This oil heats up and circulates through the columns. As those columns get hot the surface temperature rises and heat is released into the air. The heat radiates off the unit through the process of convection.

Because these heaters stay hot long after they have been turned off, they pose a fire hazard if they were to malfunction. The U.S. Consumer Product Safety Commission estimates that more than 25,000 house fires annually are associated with space heaters. Like all different heater types, no heater should ever be placed on top of a carpeted floor or area rug. They tend to trap heat and could ignite if things get hot enough. 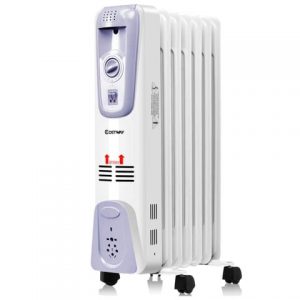 Panel Space Heaters are a newer invention, and are gaining popularity. These space heaters can be either wall mounted or sit on the floor with their stand. These newer space heaters use electrical currents to produce heated air. While these may seem like a really great option to buy, they won’t entirely heat a large room. They are good to take the chill out of a room and are great if being used as a secondary heat source.

While these don’t pose as much of a danger as the other space heaters, they still have to be used under a watchful eye, any heat source plugged into an electrical outlet runs the risk of an electrical fire. 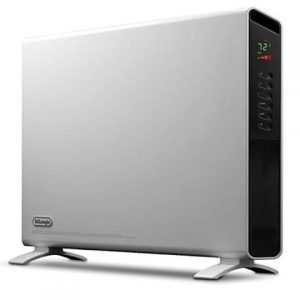 A propane space heater is the only type of space heater that doesn’t use electricity as its power source. They use liquid propane to fuel its operation. Propane heaters produce the hottest amount of heat and much like the infrared space heater they emit electromagnetic waves into the air to heat up objects close by.  These types of heaters are mostly recommended for outdoors because of the higher risk of fire and explosion as well as the carbon dioxide they emit. 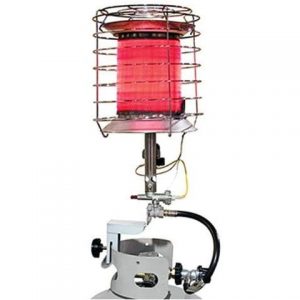 Overall, it is important to know that space heaters use a lot of electricity. They can easily overload circuits, causing a power failure or fire. Some parts of the heater can become extremely hot. Clutter and trash can also easily catch fire if too close to the heat source. Also, be sure your smoke and carbon monoxide alarms are working by pushing the test button on the front cover. If you do not hear an audible warning, replace your alarm. Having a working smoke alarm dramatically increases your chances of surviving a fire. A working CO detector will protect you and your family from deadly “silent killer” fumes that may be building up in your home. Remember to practice a home escape plan frequently with your family. For more tips, fire facts and information check out our social media accounts.