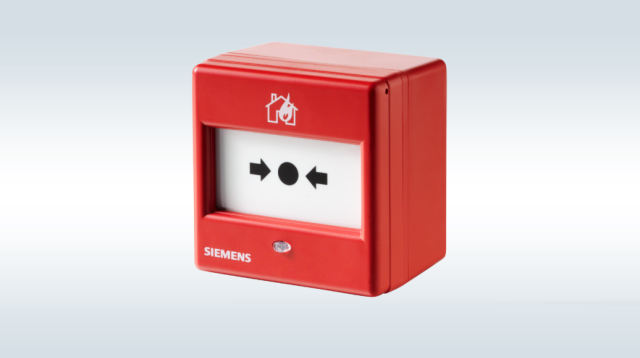 As you may know, a manual pull-station is a manual fire alarm initiating device that is activated by pulling a lever. The pulling level can be designed to have a single-action mechanism, or a dual-action mechanism. With most dual-action types, the user has to lift a cover or plate up firstly, then pull down on the lever, as a second motion. 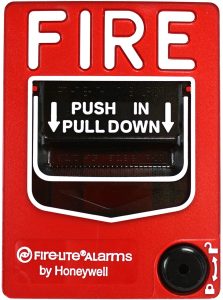 However, what many do not know, is that pull-stations are only found in the US and in Canada. For whatever reason (as there are no concrete code distinctions outlining such things), the European standard for this type of initiating device is slightly different, and is called a Manual Call Point. Not only are these the standard in Europe, but they have been commonly adopted worldwide.

Manual Call Points function very similarly to a manual pull-station, in that it is made of a plastic or weather-proof enclosure, but instead of a lever for activation, it is a plate that will drop down when pushed. Just like pulling a lever, when the push element is pushed, it will complete the circuit that notifies the fire alarm system of the zone or exact location where it is being activated, thus putting the fire alarm system into an alarm condition. 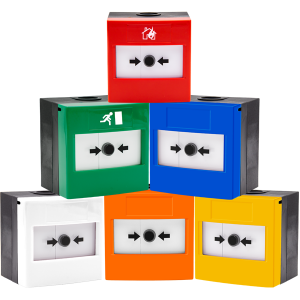 Both Manual Pull-Stations and Manual Call Points can come in hazardous area explosion-proof or intrinsically safe versions, meant to be used in explosion-prone environments, such as waste-water treatment plants, nuclear facilities, or similar. These also should be installed in outdoor, weather-prone, or dusty areas, as a regular version of these initiating devices will get destroyed in those types of environments.

Also, it is worth mentioning that these initiating devices also share the same type of color-coding no matter where you are in the world (or what device you are using):

All in all, there is no concrete reason or literature discussing the reasoning for having both manual pull-station and manual call points. Similar to how the US continues to utilize the Imperial System of Measurement, instead of the Metric System, it more so seems that the US just likes going against the grain. Both types of initiating devices function the same, and server the same purpose, but it is best to assume that if you are in the US or Canada, you should be installing a manual pull-station, and if you are anywhere else in the world, you should be installing a manual call point. As always, FireAlarm.com has a huge selection of all of these devices right on our website, right now. Simply scroll through our website, or give us a call at 888-497-0290 to get started today!